Ayurveda is one of the world’s oldest healing sciences, which promotes the conscience of living happily and healthily through natural remedies.

It is a holistic (whole-body) approach to human health. It helps people to learn about the harmful and useful ways of life, happy and depressed life, in a way the very nature of life. It improves health and natural beauty and provides remedies for common ailments as well as serious health problems.  Ayurvedic medicine is given in the form of traditional herbs and compounds, diet, exercise, and lifestyle recommendations. Originated in India, it has more than 5000 years of History. The name “Ayurveda” originates from Sanskrit language Ayur meaning – life, and Veda meaning – science. In other words Ayurveda is the science of life. It is based on the vital fundamental principle that health is the natural state as long as one’s body and mind are in harmony with environment. The outcome of disharmony is disease. Ayurveda differs from other health care treatments and it plays important role in prevention of root cause rather than dealing with symptoms. Ayurveda concentrates on food as our herbal, along with yoga, meditation which also includes the cleansing, rejuvenation and detoxification of both body and mind. It has eight ways to diagnose illness, called Nadi, Mootra, Mala, Jihva, Shabda, Sparsha, Druk, and Aakruti. Other than roots, leaves, fruits, bark, or seeds such as cardamom and cinnamon are used in plant based treatments in Ayurveda. It was first recorded in the Veda, the world’s oldest and existing literature. The three most important Veda texts containing the original and complete knowledge of Ayurveda over 1200 years old and  is still in use today. Ayurveda is considered as the one of the few systems of medicine developed in ancient times and that is still widely practiced in modern times. 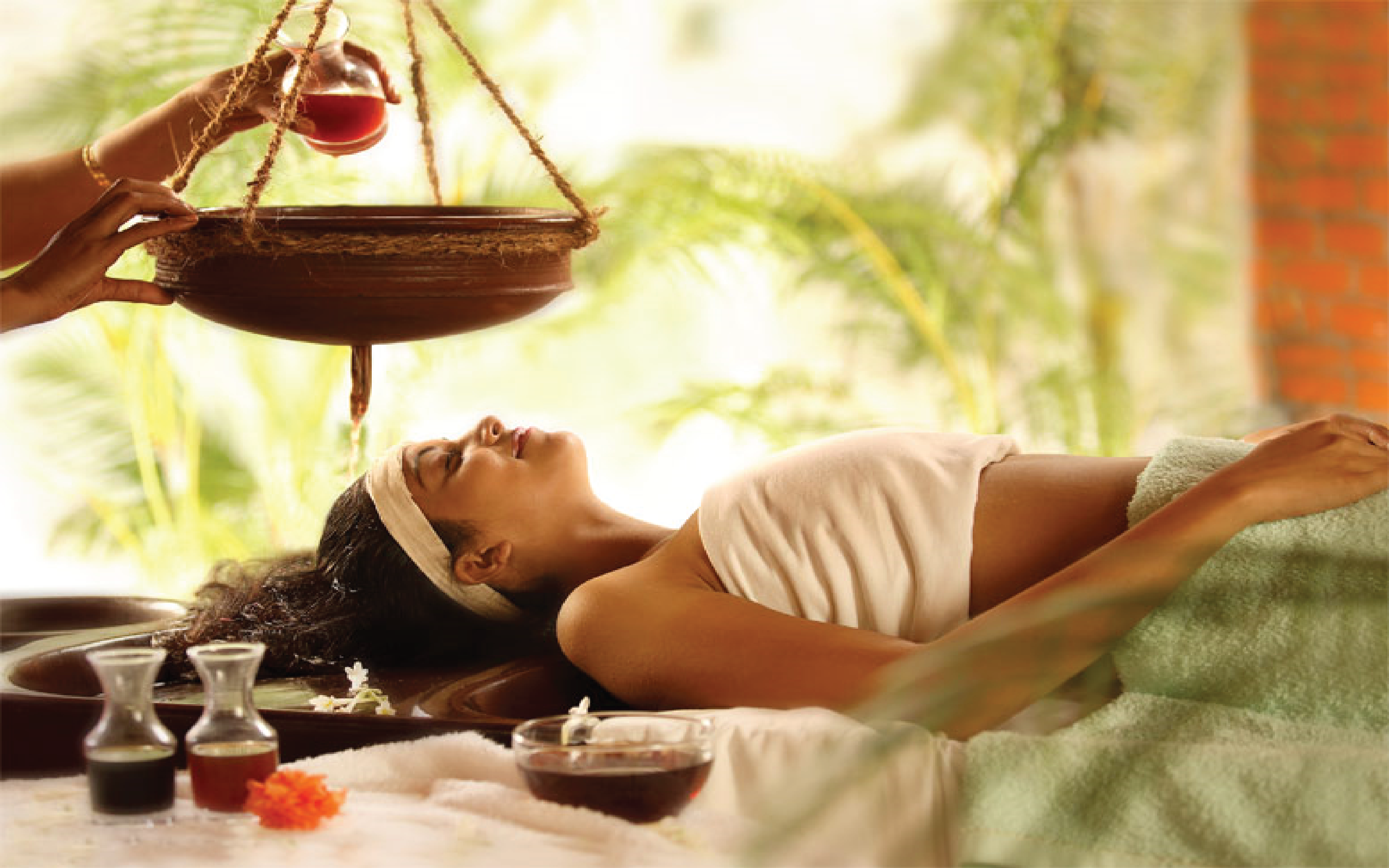 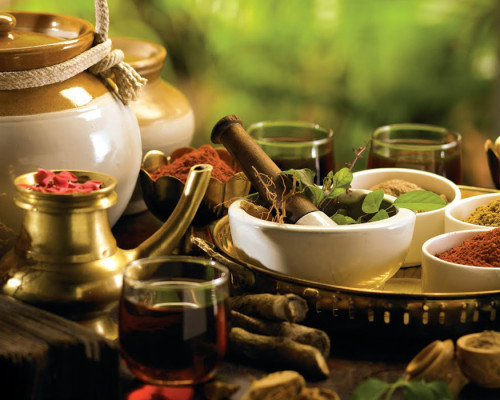 Ayurvedic medicines are non-toxic, non- invasive and no side effects. The treatment comprises of herbal medicines, massages and various other therapy.

Ayurvedic medicine provides detailed instructions of daily course, seasonal course, food, sleep and sexual behavior so that health can be optimized and helps to improve the illness.

Process of massaging the body for treating obesity, cholesterol with herbal powders in anticlockwise direction.

Used for nervous disorders, facial palsy and skin disease by continuous poring of liquid on the forehead.

Massaging process given by three persons involves with heating cloth bag filled with natural herbs which stimulating the nerves.

It is the treatment for stress, headache by covering Amla on head with banana leaf.

Massage with linen bags filled with cooked Navara rice, warmed in a mixture of decoction and milk for treating stroke, pain etc.

This process involves four person applying herbal fluid over the body to the patient for treating stroke and arthritis.

Used for treating insomnia and vatha conditions by applying oils or pastes on middle of the head.

It is a special type of massage done by three persons with cloth bags filled with herbal powder, which cures inflammatory problems.

This is used to treat skin diseases by applying herbal pastes on the affected areas.

In India, Ayurvedic treatments are mostly offered in the southern states especially in Kerala because of climate and availability of natural herbs and medicinal plants. Many centers offer Ayurvedic houseboat to experience the picturesque Kerala backwaters while receiving treatment. Karnataka & Goa states are also having a number of Ayurvedic centers.

Ananda in the Himalayas 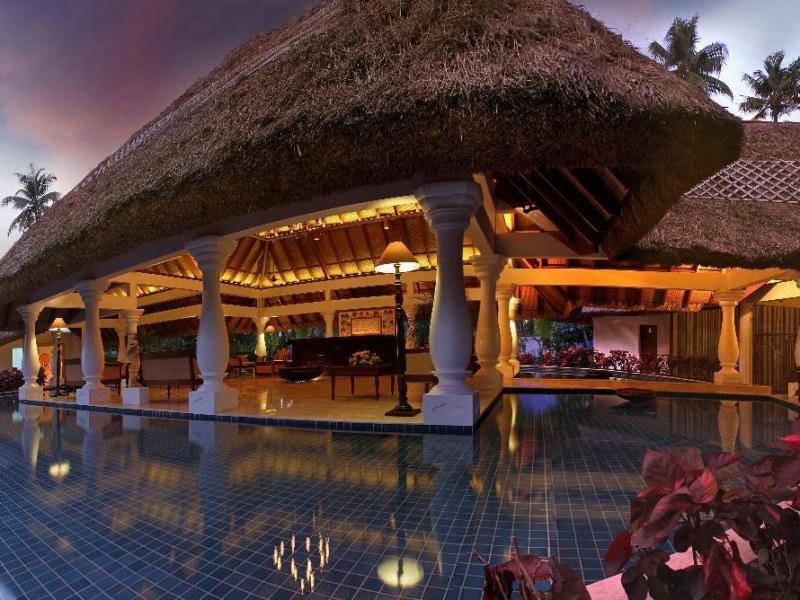 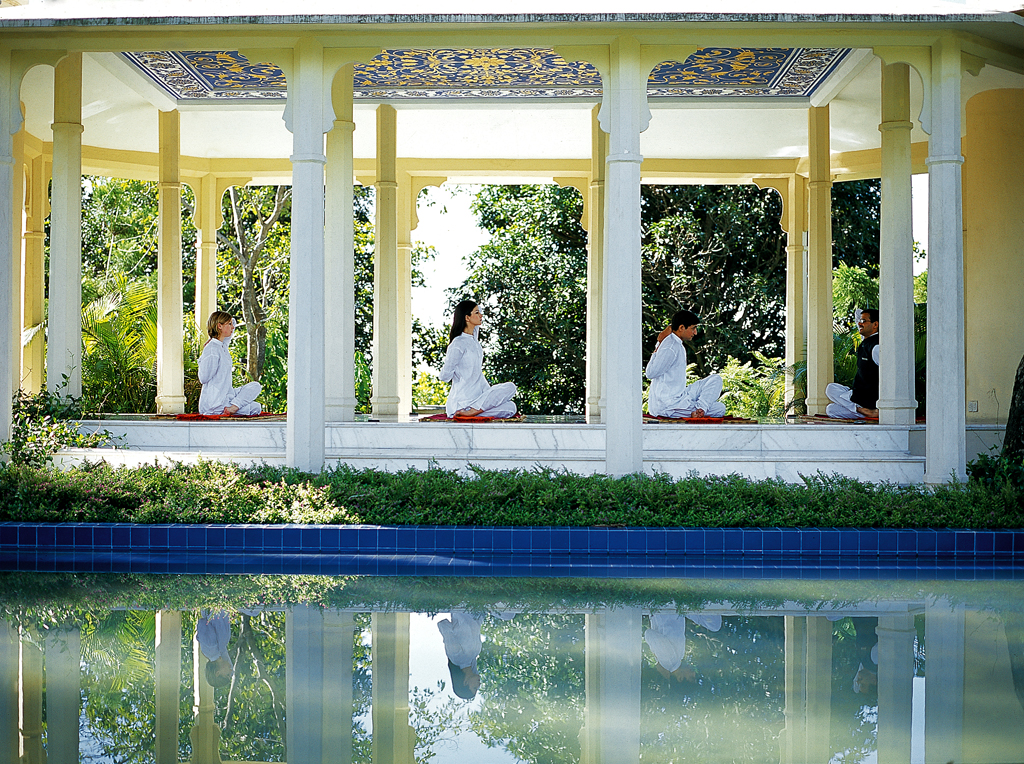 Ananda in the Himalayas 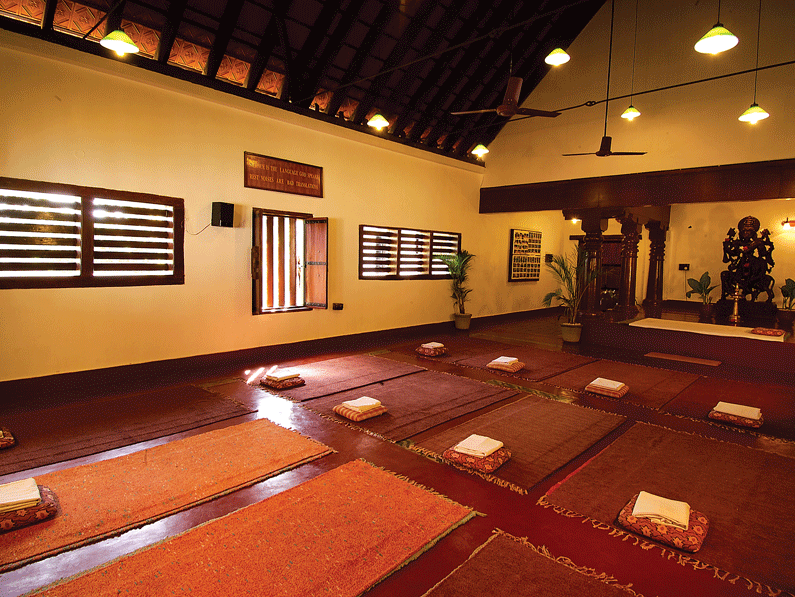